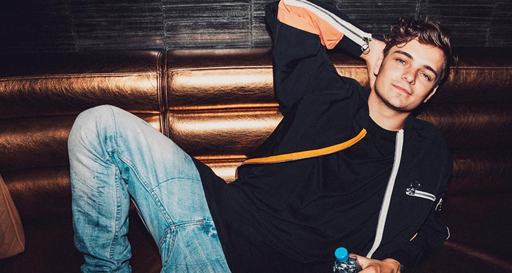 Both powerhouses in mainstream music today, the collaboration is poised to hit the top of the charts.

Ranked #1 on DJ Mag‘s Top 100 DJs list for 2016 and 2017, Garrix has been a busy boy scoring huge, viral hits like ‘Scared To Be Lonely‘ with Dua Lipa which notched 551 million streams on Spotify, ‘So Far Away‘ with David Guetta, Jamie Scott and Romy Dya (169 million streams), and ‘There For You‘ with Troye Sivan (354 million streams).

Instead of a high-octane, house burner, the mid-tempo ballad sits right in the sweet spot for Khalid’s rich alto and falsetto.

And Garrix takes his time utilizing live strings with an orchestra putting the beats on slow burn until they kick in for the chorus.

The chill-out track is partnered with a music video featuring both artists in a cool, kaleidoscopic world of light and shadow.

This is definitely going on the poolside playlist. I’ve previously written about Garrix on The Randy Report here.

Check out the new track below.