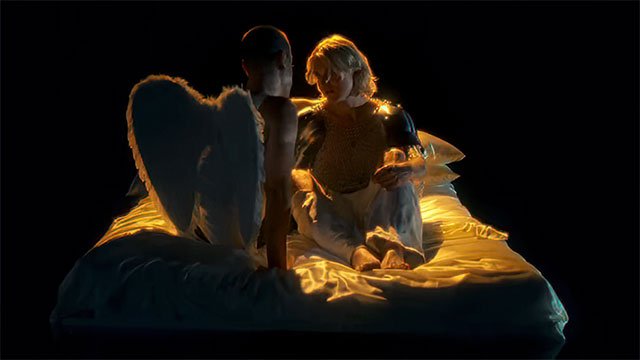 “Keep Me Safe”, the new single from Brisbane-based band Cub Sport, serves up an intimate, dreamlike peek into the secret teen romance of band members Tim Nelson and Sam Netterfield that was initially shrouded in stress and confusion.

Amid an airy, ambient soundscape, the music video conjures up a secluded world for the relationship to bloom in private including a hazy water world, through obscured windows and inside cars (an ultimate symbol of youthful privacy and queer independence).

Directed by Berlin-based filmmaker Adam Munnings and shot by Eora (Sydney) DOP Jack Birtles, Nelson says the video captures “what it felt like on the inside of our secret world.”

“I wrote ‘Keep Me Safe’ about a euphoric but complicated time,” says Nelson of the song’s inspiration. “Shedding some light on it now feels like I’m validating my younger self and celebrating the magic in something I was so ashamed of at the time.”

“Keep Me Safe” is the third single from the band’s upcoming album, Jesus At The Gay Bar scheduled for release April 7. You can follow Cub Sport on Instagram here.

And you can check out the first two singles from the upcoming album below: “Always Got The Love” and “Replay.” I like.