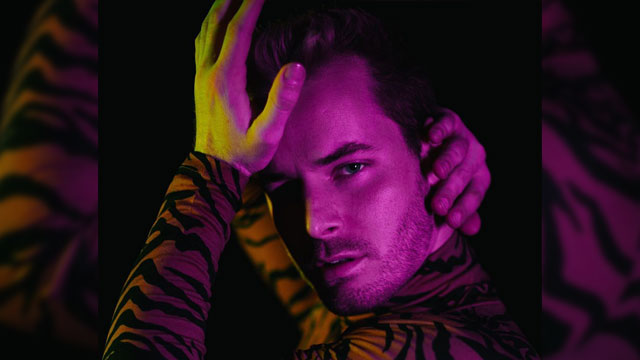 Out singer/songwriter Clinton John’s synth-pop single, “Cry,” offers his take on the internal push/pull of letting go of a past relationship.

The downtempo earworm pairs top-shelf, pure-pop production with candid lyrics that capture the realization you haven’t moved on from a former love as much as you’d hoped.

I recently chatted with the handsome Nashville-based artist about the single and a few other things.

The Randy Report: Congrats on the new single. What inspired the track?

Clinton John: “Cry” came about from the classic struggle of trying to get over someone. I had tried everything that I thought would help. I partied, hooked up with other people, basically used anything to distract myself from the feeling. After months passed, I saw that person again and all the emotion came flooding back and I was so frustrated that I had made no progress in getting over them. It was that type of frustration that makes you so mad you just want to cry and scream. And that is when I wrote the song.

CJ: The best advice I have ever been given is “no one cares what you do.” It doesn’t really sound like great advice per se, but as an artist creating music it’s so easy to get in your head and the worry that people might not liking what you create holds you back from making something authentic or special. Also, as coming out as a gay artist I had years of built-up fear of what people thought of me that giving myself the freedom to just live authentically and care about what people think.

TRR: What’s next on the musical horizon?

CJ: I have a collaboration with another LGBT artist named Stasney Mav, a song called “SOLO.” After that, I have another single lined up for the beginning of June, and many other tracks in the works to release throughout the rest of the year!