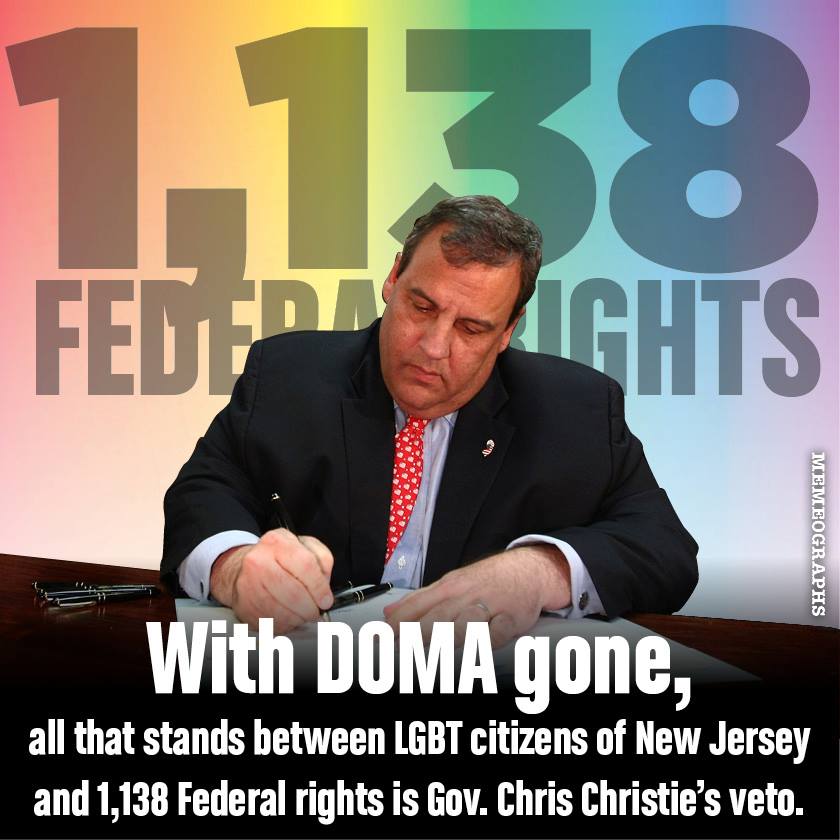 The state’s top Democratic lawmakers today urged their Republican counterparts to “vote their conscience” to legalize same-sex marriage, but said some GOP lawmakers won’t do this because they don’t want to cross Gov. Chris Christie.

Senate President Stephen Sweeney said he will hold a vote to override Christie’s veto of a same-sex marriage bill that passed last year, noting that thousands of gay couples in New Jersey will be ineligible for federal benefits unless lawmakers act soon.

But first, Sweeney said, at least a few Republicans have to change their no votes to yes. The Senate president said Christie has intimidated GOP lawmakers, claiming some have privately admitted they would like to change their votes to allow same-sex marriage.

To quash Christie’s veto, Democrats have to muster three more votes in the Senate and 12 more in the Assembly to reach the required two-thirds majority.