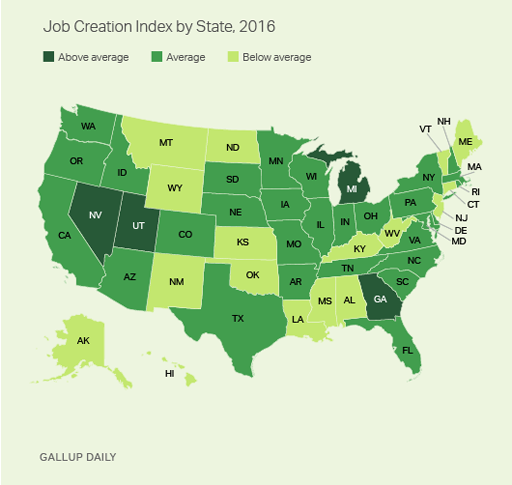 Hey, hey, hey – my homestate of Nevada has moved from zero to hero in Gallup’s Job Creation Index.

Nevada led the way as the U.S. showed strong job growth in 2016, scoring highest among all states in Gallup’s 2016 Job Creation Index.

The rise to the top spot completed a six-year climb for Nevada, which ranked last among the states in both 2009 and 2010.

Moving in the other direction, Wyoming scored last among the states for 2016 — eight years after topping Gallup’s first Job Creation Index in 2008.