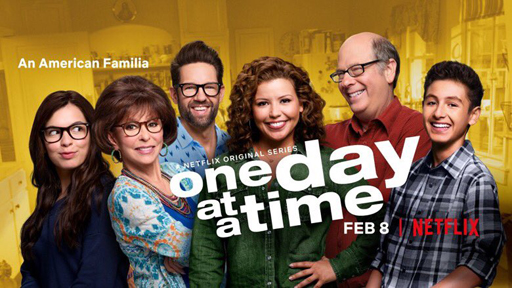 Netflix hasn’t committed to a 4th season of its terrific reboot of the 1975-1984 sitcom One Day at a Time, kids, so fire up your Netflix and watch because it’s terrific!

The Rotten Tomatoes Tomatometer scores are a whopping 100% fresh score for seasons two and three, and a 97% score on season one. 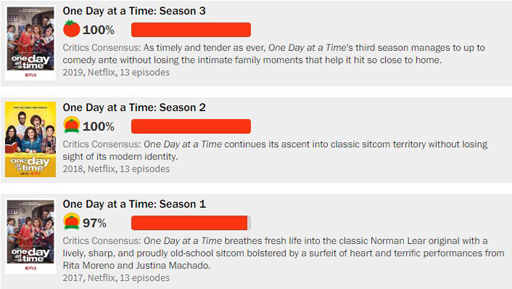 #ODAAT fans, we need your help. We adore this show and the representation and perspectives we get to bring to TV. So, if you’d like a S4, let @netflix know! Get your friends to watch! Spread the word! #RenewODAAT 🏳️‍🌈💃🏽👩‍👩‍👧‍👦❤️ https://t.co/MsvuTzx2Um

The series has put a spotlight on depression, sexism, homophobia (there’s an openly lesbian daughter) and even more – Rita Moreno stars as the fabulously sassy grandmother, Lydia.

Watch the one minute scene below where Lydia confronts her own homophobia – brilliant!

never forget when One Day At A Time gave us this important and iconic scene #renewODAAT pic.twitter.com/LDmCgnD4U6