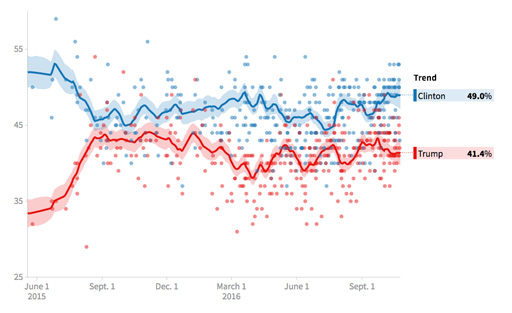 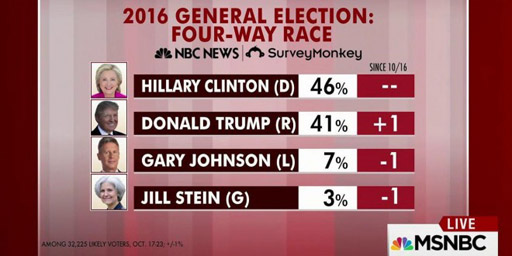 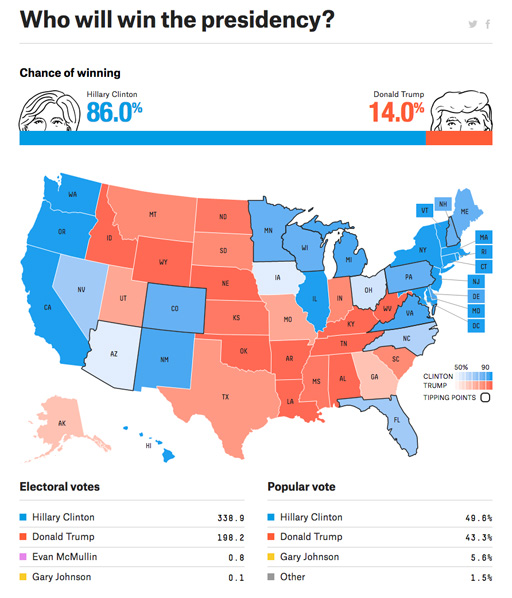 Here’s where the Huffpost Tracker has the race – Hillary at 49% versus Donald at 41.4%: