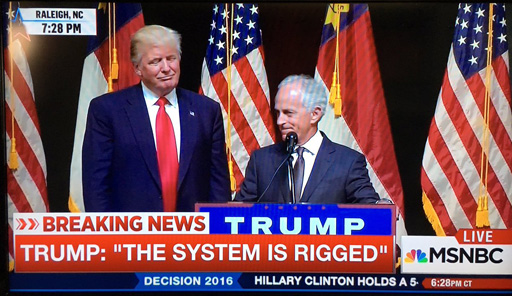 Republican Sen. Bob Corker of Tennessee has withdrawn his name from consideration as Donald Trump’s running mate in the 2016 White House race.

Corker is the chairman of the Senate Foreign Relations Committee which surely had a lot to do with Trump’s interest in Corker. Trump’s lack of depth in foreign policy has been one of his glaring weaknesses during the presidential race.

Corker appeared with Trump at a campaign event in North Carolina on Tuesday.

In related news, freshman GOP Sen. Joni Ernst of Iowa seems to have also pulled out of contention for the veep spot telling Politico, “I made that very clear to him that I’m focused on Iowa. I feel that I have a lot more to do in the United States Senate. And Iowa is where my heart is.”