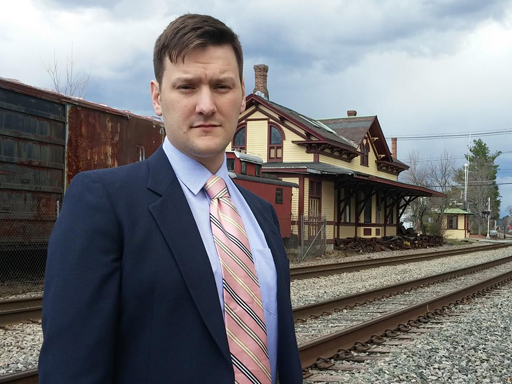 Republican Ted Busiek, currently running for Massachusetts state senate, is calling himself an ally of coarse language and an opponent of the LGBT community in the aftermath of a Twitter scuffle that’s landed him in hot water.

In a tweet last week, Busiek used the word “faggot” in referring to former Rep. George Miller of California, someone he now admits he doesn’t know very much about:

DONALD TRUMP. Putting self-righteous faggots in their place since 1993. How I love this fellow.#MAGA https://t.co/wqCxfa4pI2

Busiek doubled down on the use of the word “faggots” today in a blog post saying he only meant it to mean “obnoxious.”

Busiek goes on, however, to declare himself an “opponent” of the LGBT community.

“If we’re talking about private citizens, I don’t really ‘feel’ towards them in any way. I don’t reckon that it’s my business to. In a meritocratic world, people will rise or fall on a more substantial basis than what they do in their bedrooms. However, if by ‘LGBT community’ we mean an organized political advocacy group, then I’ll declare myself an opponent. That ‘LGBT community’ has been a socially–destructive disaster.”

The comments on Busiek’s blog post are quite the read.

Here’s a report from a Massachusetts local Fox affiliate: