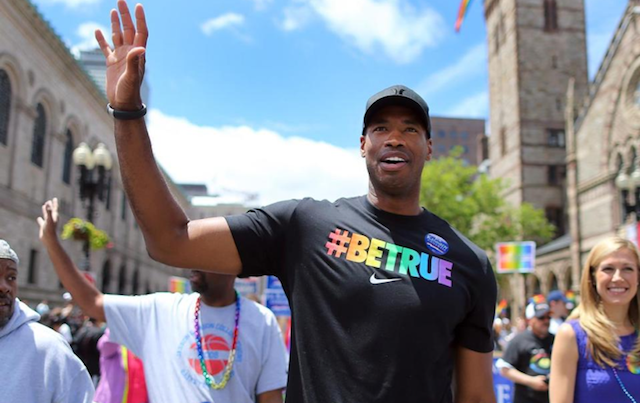 Delivering on a promise he made in an essay for Sports Illustrated in which he revealed that he was gay, Wizards free-agent center Jason Collins marched in Boston’s annual pride parade on Saturday.

Wearing a black Nike shirt with rainbow lettering that read “#BETRUE”, Collins joined his former college roommate and current Massachusetts congressman Joe Kennedy at the event, which drew thousands of attendees and is in its 43rd year.

WCBV.com reported that Boston’s parade drew 230 groups this year, making it the second-largest such event, trailing only New York City.