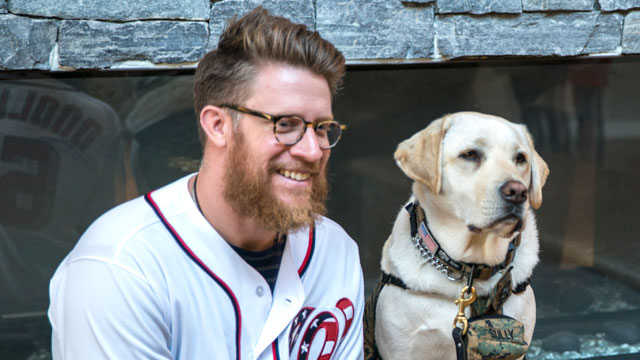 Washington Nationals pitcher Sean Doolittle, in the afterglow of the team’s World Series championship, has shared he will not be attending a visit to the White House.

He’s the first Nationals player to confirm that, although there are reports other team members are also weighing whether to accept the invitation.

Doolittle told the Washington Post the decision begins with not wanting to compromise his beliefs.

“There’s a lot of things, policies that I disagree with, but at the end of the day, it has more to do with the divisive rhetoric and the enabling of conspiracy theories and widening the divide in this country. My wife and I stand for inclusion and acceptance, and we’ve done work with refugees, people that come from, you know, the ‘shithole countries,’ ” Doolittle said, mimicking when Trump referred to Haiti, El Salvador and African nations as “shithole countries” in a January 2018 meeting.

“I feel very strongly about his issues on race relations,” Doolittle said, and he listed the Fair Housing Act, the Central Park Five and Trump’s comments following a white supremacist rally in 2017. He also mentioned that his wife, Eireann Dolan, has two mothers who are very involved in the LGBTQ community.

“I want to show support for them. I think that’s an important part of allyship, and I don’t want to turn my back on them,” Doolittle said. “I have a brother-in-law who has autism, and [Trump] is a guy that mocked a disabled reporter. How would I explain that to him that I hung out with somebody who mocked the way that he talked or the way that he moves his hands? I can’t get past that stuff.”

Doolittle admits he wrestled with the decision as he and his current world championship teammates have only a little more time together as this Nationals team. He also shares he took a look at how other athletes chose to discuss their decisions to skip visits to the White House.

Living the dream and I don’t want to wake up pic.twitter.com/gbAydfaxos

Happy #Pride! To my LGBTQ friends and family – we love you, support you, and we’re grateful for you. I’m proud to celebrate and stand with you because everyone deserves to feel safe and free to be who they are and to love who they love. Love is love. pic.twitter.com/RIv9Gvkket