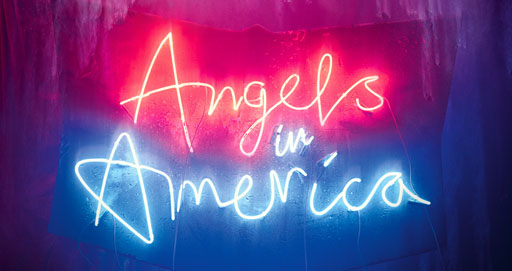 The celebrated National Theatre production of Angels In America is coming to Broadway this February starring Andrew Garfield (The Amazing Spider-Man) and Nathan Lane (The Producers).

A quarter-century after stunning the theatre world, one of the greatest theatrical journeys of our time returns to Broadway in an acclaimed new production from the National Theatre.

An instant sellout in London, Angels In America arrives at Broadway’s Neil Simon Theatre in February 2018 for 18 weeks only.

The New York Times says the true star of the production is “the two-play drama itself, a staggeringly ambitious look at identity, illness and Americanness, set against the backdrop of the AIDS crisis and the Reagan administration.”

Sadly, hunky Russell Tovey (and his bare backside) will not be making the transfer 🙁