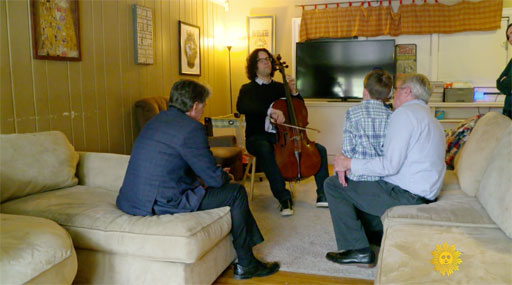 It was an unusual outburst for a classical music concert: an audience member shouted out “Wow!” at the very end of Mozart’s “Masonic Funeral Music,” performed by the Handel and Haydn Society in Boston. The group’s president and CEO, David Snead, was determined to find out who had broken audience protocol in such a forthright way. The answer to his query proved very surprising, as Steve Hartman discovered.