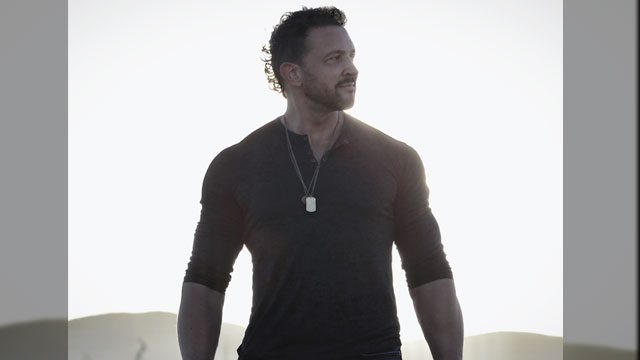 The single, which features an edgy rock-centric sound, is a different genre for the handsome singer who first rose to prominence in the country/pop/Americana realm. Justin explains, “This whole album has been about exploring edgier, darker themes that I’ve always wanted to take on but hadn’t because I was told to stay in my safe zone.”

The music video is an adrenaline-driven roller-coaster ride; the track is a powerful rock anthem that perfectly frames Utley’s muscular vocals.

I first interviewed Justin back in 2012 when he had just won two OUTMusic Awards for his debut single, “Stand For Something.”

He’s a highly sought-after performer who’s appeared on stages across North America and Europe. Along the way, he has shared the stage with top international acts including Dan Reynolds, Icona Pop, Tegan & Sara, Margaret Cho, and Billy Porter.

In addition to taking stages by storm, Justin has also been an outspoken activist for the LGBTQ community working to outlaw so-called conversion therapy which seeks to change a person’s sexual orientation or gender identity through debunked pseudoscience. Thanks in great part to Justin’s efforts, his state of Utah became the 19th state to prohibit the harmful practice.

Hit the play button below and listen as I chat with the oh-so-talented Justin Utley.