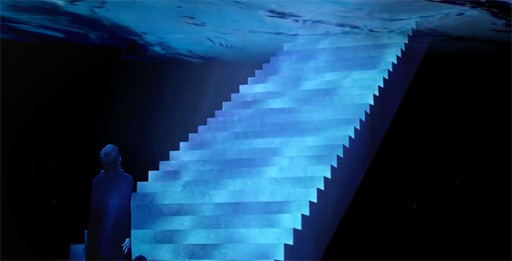 Set against a journey of seemingly endless staircases, the music video for the title track of Hercules & Love Affair’s upcoming album Omnion is described by the directors as “a story of rebirth. Perspective play, scale, and negative space is used to reflect the complexity of identity.”

Frontman Andy Butler calls the title track, which features Sharon Van Etten, “an appeal to the divine for help and healing.”

The video is visually stunning in the director’s use of color, light, and shadowy texture.

I wrote about the band’s first music video for the album, “Controller,” here.

The album is set to be released on September 1st.

For tour dates and more on Hercules & Love Affair, head over to the official website here.