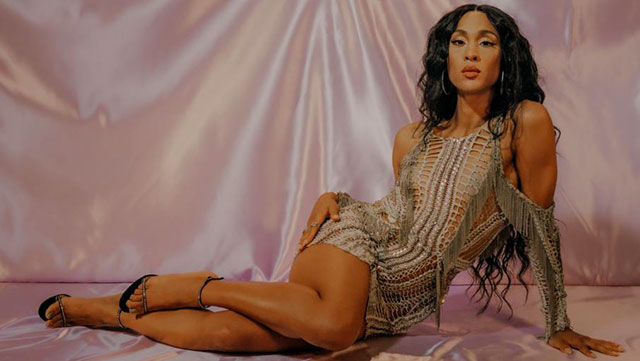 Earlier this year, Michaela Jaé Rodriguez smashed the glass ceiling by becoming the first trans actor nominated for an Emmy for Outstanding Lead Actress in a Drama Series for her work on Pose. The multi-hyphenate talent makes history again as LATINA’s first-ever trans cover star.

Centered on Rodriguez’s ability to tell stories and real-life role both on and off-screen as a protector, the actress/record artist opens up about her journey breaking into the industry, repping her hometown in Newark, NJ, and her Afro-Latinx identity.

One thing that I learned as an Afro-Latina, is that I should never, ever, ever be afraid — which I never was — but it was always instilled in me, to never be afraid of your heritage. – Michaela Jaé Rodriguez

And how she sees her beloved character, Blanca, as an inspiration.

I had my mother, I had my father, I had my second dad. I had the LGBTQIA community. I had all of those beautiful opportunities to be loved on. Blanca had none of that, and yet she still created it.

Read the full feature at LATINA.