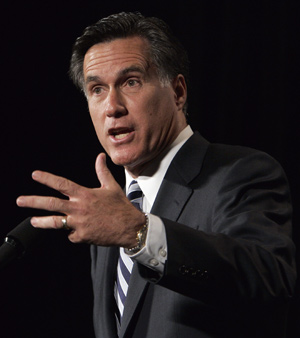 According to Mashable, Mitt Romney’s tax returns are in the hands of hackers who plan to release them to the public unless $1 million ransom is paid.

The group allegedly obtained the files from PricewaterhouseCooper’s Tennessee office on Aug. 25, in what was described on PasteBin as a Mission Impossible-like caper:

Romney’s 1040 tax returns were taken from the PWC office 8/25/2012 by
gaining access to the third floor via a gentleman working on the 3rd
floor of the building. Once on the 3rd floor, the team moved down the
stairs to the 2nd floor and setup shop in an empty office room. During
the night, suite 260 was entered, and all available 1040 tax forms for
Romney were copied. A package was sent to the PWC on suite 260 with a
flash drive containing a copy of the 1040 files, plus copies were sent
to the Democratic office in the county and copies were sent to the GOP
office in the county at the beginning of the week also containing flash
drives with copies of Romney’s tax returns before 2010. A scanned
signature image for Mitt Romney from the 1040 forms were scanned and
included with the packages, taken from earlier 1040 tax forms gathered
and stored on the flash drives.

The files are to be released to the public on Sept. 28, according to the PasteBin document.

The hackers apparently are asking for the $1 million ransom be paid through Bitcoins, which makes tracing the funds extremely difficult.