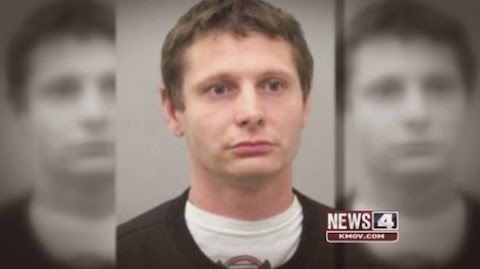 A Missouri man has been arrested after posting a Craigslist ad looking for a woman to sexually assault his 11 year old daughter.

At a press conference Monday, St. Louis County Detective Mike Slaughter said it takes a lot to shock his team of detectives, but when the father appeared at a pre-arranged meeting with the child in hand, they couldn’t believe it:

Slaughter said that the Missouri Internet Crimes Against Children Task Force was called into action after someone reported a Craigslist ad Brinkman posted last week. He told an undercover officer posing as 27-year-old woman that he was looking for a girlfriend and someone who would help him assault the girl with sex toys, according to Slaughter.

If the undercover officer liked what he saw at the Cracker Barrel then the plan was for them all go back to Brinkman’s place and begin sexually assaulting his daughter.

“From the time he posted that ad to the time we arrested him was less than 48 hours,” Slaughter noted.

Brinkman was charged with attempted statutory sodomy and was being held on a $100,000 cash-only bond. Prosecutors were considering additional charges for sex trafficking.