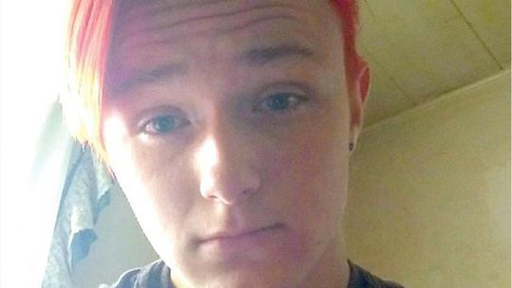 Four young people have been arrested in Texas County, Missouri on charges relating to the brutal mutilation and murder of transgender teenager Joseph Steinfeld.

On Monday, 19-year-olds Andrew Vrba and Isis Schauer and 24-year-old Briana Calderas were charged with first-degree murder, armed criminal action and abandonment of a corpse.

Additionally, James T. Grigsby was arraigned on the charges of abandonment of a corpse and tampering with evidence in a felony case.

Joseph, also known as Joey and Ally, had been reported missing by family.

Steinfeld’s sister, Ashleigh Boswell, told the Springfield News-Leader that Joey had discussed being transgender with the family and contemplated undergoing gender-reassignment surgery some day.

“We honestly don’t understand why they done it,” she added. “It just don’t make any sense.”

When questioned Wednesday, Schauer denied any knowledge of Steinfeld’s whereabouts. She said the teen was last seen leaving a Cabool home after having a physical altercation with Vrba. But after obtaining permission to look at her phone, a sheriff’s deputy saw the Facebook messages.

Schauer told the deputy she couldn’t remember what the conversation was about, but later admitted she was aware of the killing and helped get rid of the body, the probable cause statement said.

Vrba told investigators he had to kill Steinfeld and initially tried to poison the teen, though the probable cause statement didn’t provide a possible motive for the attack. The detective wrote that Vrba then described how he stabbed Steinfeld in the living room of the home.

Vrba said the trio burned Steinfeld’s body, and placed some of the bones into a garbage bag and that the bag was placed in a chicken coop near the residence. The women said Vrba told them he had gouged Steinfeld’s eyes and stabbed the teen in the genitals, and bragged about the killing, the detective wrote.

The detective said Calderas admitted Steinfeld was killed at her home and that she helped burn the body, but that she didn’t want Steinfeld dead. Schauer and Vrba disagreed, saying that Calderas mentioned several days earlier that she wanted Steinfeld to die. Calderas led authorities to the knife used in the killing and Steinfeld’s phone, the detective wrote.

A GoFundMe campaign has been set up to help Steinfeld’s family handle funeral expenses.

Steinfeld is reportedly the 21st transgender person killed in the U.S. this year. 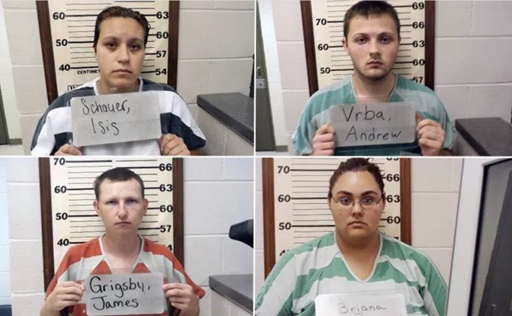