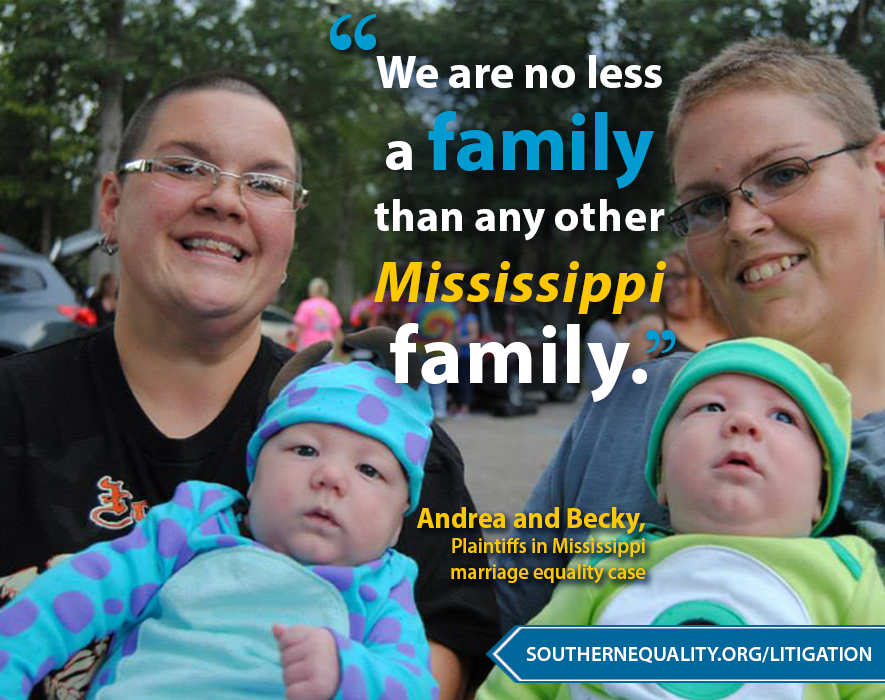 The Campaign For Southern Equality has filed a lawsuit on behalf of two same-sex couples challenging the constitutionality of Mississippi’s ban on marriage equality.

Kaplan was also lead counsel in United States v. Windsor, the landmark case that struck down sections of the Defense of Marriage Act (DOMA) in June 2013.

“As the lawyers who represented Edie Windsor, we are so honored to be able to file this case today on behalf of Rebecca Bickett, Andrea Sanders, Jocelyn Pritchett, Carla Webb, and the Campaign for Southern Equality.
“The Supreme Court took a gigantic step forward last year in Windsor, and since then, dozens of courts around the country have followed suit so that today, gay people in thirty-two states have the right to marry.
“It is now time to take the next big step by making sure that gay families in Mississippi are accorded these same protections. The Supreme Court has made it clear that no matter where a gay person lives —whether it is in Maine, Minnesota, or Mississippi—our Constitution requires that they be treated with the same dignity and respect under the law as everyone else.”

Mississippi is covered under the jurisdiction of the 5th Circuit Court of Appeals, which is still weighing a challenge from Texas for the freedom to marry.

(via the Campaign for Southern Equality)