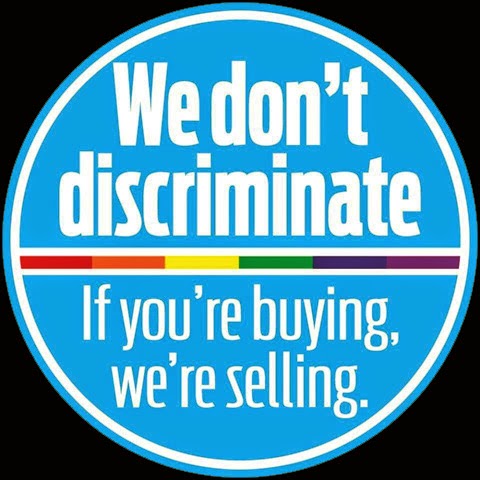 To counter the bad publicity coming out of Mississippi regarding the recently passed anti-gay “Religious Freedom Restoration Act,” Equality Mississippi has begun a new campaign: If you’re buying, we’re selling.

From the Clarion Ledger:

Eddie Outlaw, who owns William Wallace Salon and Fondren Barber Shop, was part of the creative team behind If You’re Buying, with Mitchell Moore, who owns Campbell’s Bakery in Fondren.

“A lot of us were trying to counter the negative stuff from outside Mississippi,” Outlaw said, referring to the national coverage 2681 got while it circulated the Capitol. “We wanted to let people know – not just the LGBT community but the progressive community as a whole – that this doesn’t represent everybody here.”

To drive that point home, participating businesses will display in their storefront windows a vinyl, sticker-like circle that reads, “We don’t discriminate. If you’re buying, we’re selling.”