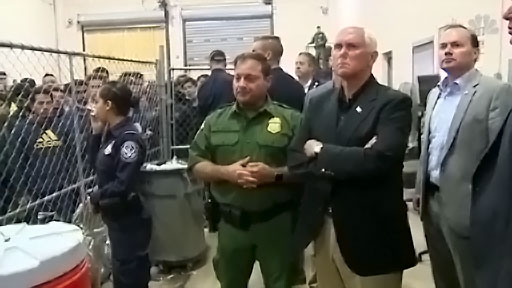 Pence dressed like he was going to one of Donald Trump’s country clubs as the men there were locked in cages, calling for help. 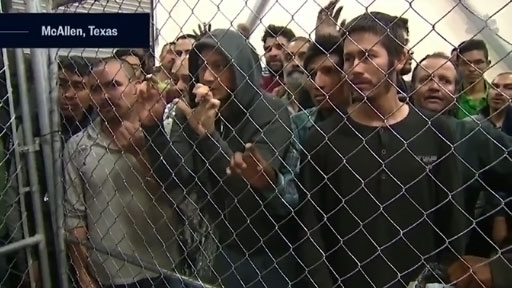 It looks like he’s visiting an animal shelter – look at that body language. He then took to Twitter to say the detainees were getting, “humane and compassionate care” from CPB.

I’ve not found one report that he spoke to or asked any of the detainees how they were.

Rather than broadcast the full story, showing the compassionate care the American people are providing to vulnerable families, tonight CNN only played video of men in the temporary facility and didn’t play any footage of the family facility at all…

This image will go down in history. New video shows shows Mike Pence callously observing and turning his back on severe overcrowding of men in cages at a detainment facility in Texas.