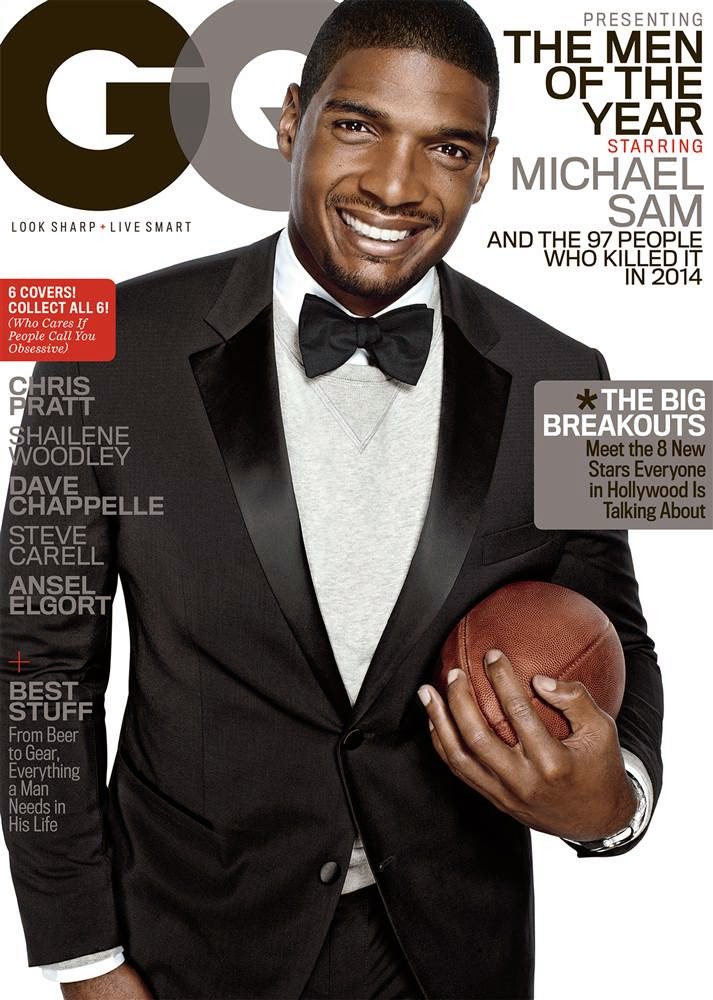 What a year for out NFL-er Michael Sam.

The 24 year old became the first openly gay football player to be drafted by an NFL team, the St. Louis Rams.

After a solid pre-season, Sam was cut by the Rams but picked up by the Dallas Cowboys for their practice squad. That stint lasted seven weeks but in characteristic courage and grace he publicly thanked the Cowboys owner, friends, family and fans for their support.

Where Sam goes from here, we wait and see. But I’m certain his journey has only just begun.

GQ Magazine gets big props for putting the handsome Sam on one of the six “Men Of The Year” covers.