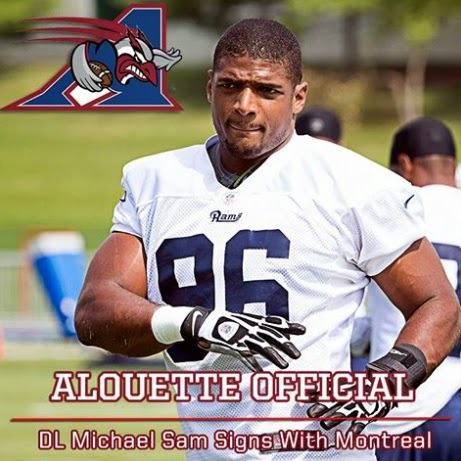 The Montreal Alouettes announced Friday that they have signed former Missouri defensive lineman Michael Sam to a two year contract. Sam will join the team for rookie camp next week.

“I am very excited and proud to join the Montreal Alouettes and want to thank team Owner Robert Wetenhall, General Manager Jim Popp and Head Coach Tom Higgins for this opportunity,” declared the Alouettes’ newest member.

“I cannot wait to put on the pads, get back on the field and work hard each and every day with my teammates to bring a Grey Cup to the great fans here in Montreal.”

While I continued to hope for prospects here in the US for Sam, I’m glad to hear he’s at least going to be doing what he loves for a living. And hopefully he’ll find his way back to an American team soon.