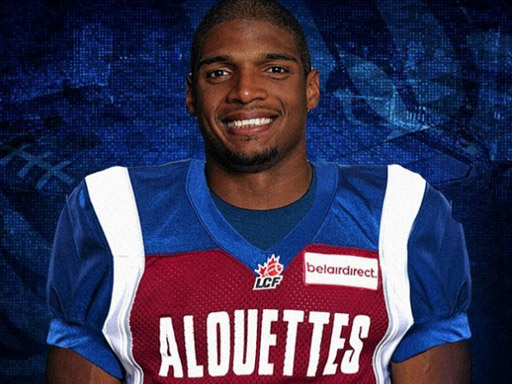 Finally making history, Michael Sam became the first openly gay professional football player to take to the field in a regular season game last night as he made his debut with the Montreal Alouettes against the Ottawa Redblacks.

Entering the game late in the first quarter, Sam played throughout the rest of the game. The Alouettes lost the game 26-23.

“I was focusing on my assignments, actually,” Sam said when asked if he was thinking of the significance of the moment prior to kickoff.

“I’m not going to lie, there were some big jitters out there and I was nervous when I first got on the field. I didn’t get any opportunities to make many plays. I had some good pass rushes I thought.

Sam is currently signed to a two year contract with Montreal.

I hope he plays well because a spot with the @49ers just opened up at defensive end. #justsayin https://t.co/P3CWikuQKc