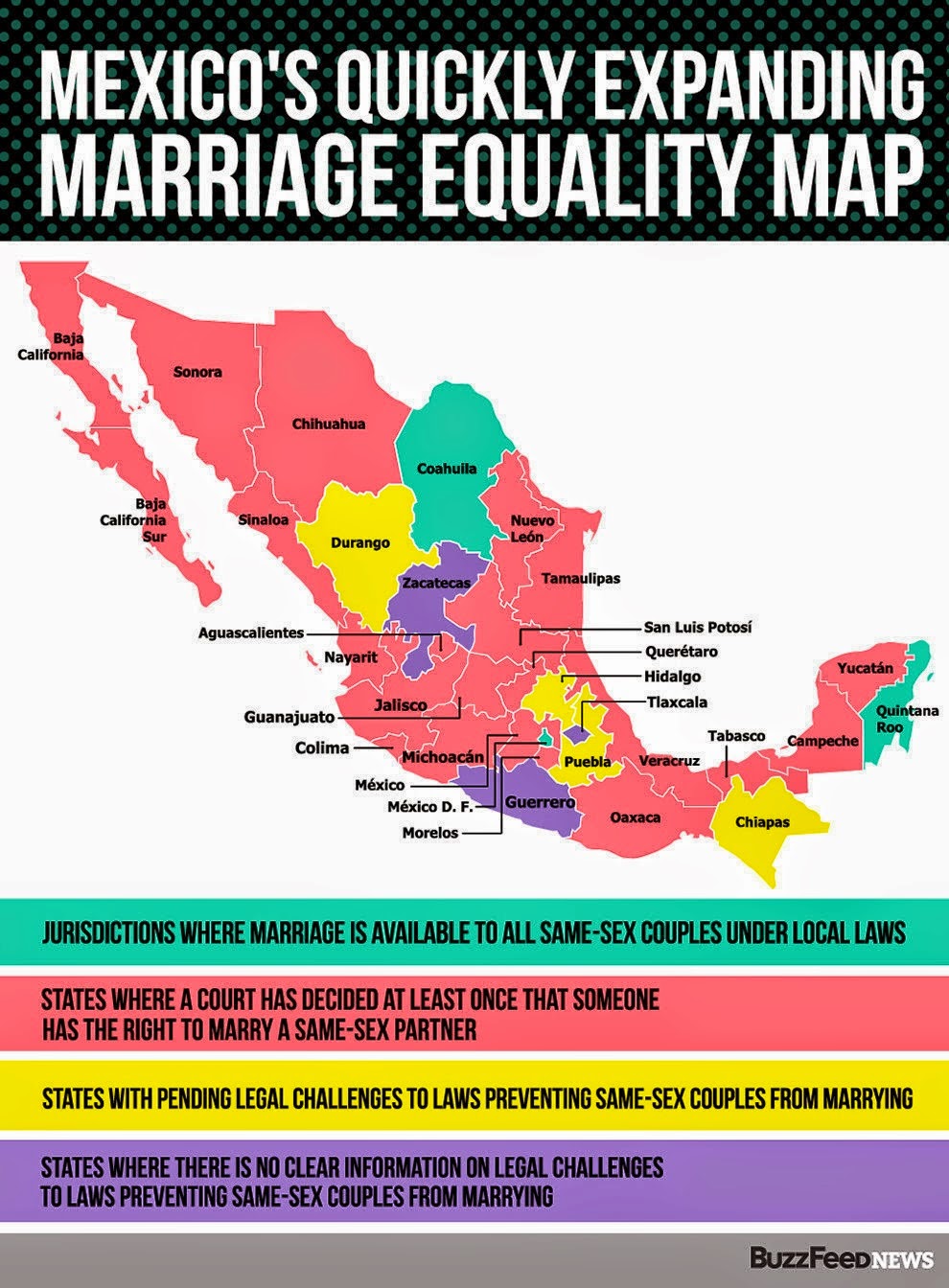 Of Mexico’s 31 states, over two-thirds (22) have seen court rulings in favor of same-sex marriage in recent years. But the reaction to such rulings has been less hysterical than we’ve seen in the US.

The wave of rulings throughout Mexico hasn’t caused the uproar that has followed rulings in the United States over the past year striking down state laws barring same-sex couples from marrying. Couples have not rushed to marry nor have conservatives organized major protests.

This is in part because the technicalities of Mexican law have meant these decisions have been much more narrow in their immediate impact. Each decision applies only to the individuals who have brought the cases, and other same-sex couples will still have to sue in order to marry. It takes multiple cases meeting certain technical requirements for the courts to nullify a state law in Mexico — a hurdle that has not yet been met.

After watching the fight for same-sex marriage here in the states, it’s a very interesting read to see how different the approach has been in Mexico. Read the entire report here.