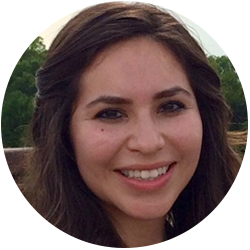 Meet Ana, a 20-year-old college student from Dallas and guest at the State of the Union.

“As I write this letter, my heart pounds and tears roll out of my eyes as I remember all the sacrifices my parents have made through the years to procure me a better future.”

This September, Ana Zamora, a 20-year-old college student from Dallas, Texas, sat down at her desk to write a letter to her President. “My parents brought me to the United States before my first birthday, 20 years ago,” she said. “As with any other dreamer, my parents came to this country with a dream of a better future for their children.”

This is the only country Ana has ever called home. So when the President took action to give children who grew up in the U.S. temporary status in 2012, she was overjoyed. “I am finally a person in the United States,” she wrote the President. “I have a social security number, an employment authorization card and a driver’s license to drive the car I pay for with my own money (which I earned working with my employment authorization card) and pay taxes as any law-abiding U.S. citizen. I could not be more proud of myself!!!)

Ana’s life has fundamentally changed. And because she has siblings who are U.S. citizens, her parents – a small business owner and a construction worker — are among the millions of people who are potentially eligible for the new Deferred Action for Parents of Americans and Lawful Permanent Residents program the President announced last November. Now, Ana plans on going after a masters degree in business administration while helping to mentor students in situations just like hers. “The United States is my country,” she wrote. “It is where I grew up, took my first steps, learned to read, write, play, graduated from high school, and will graduate from college.”

Ana Zamora is joining the First Lady as a guest at the 2015 State of the Union Address on January 20.