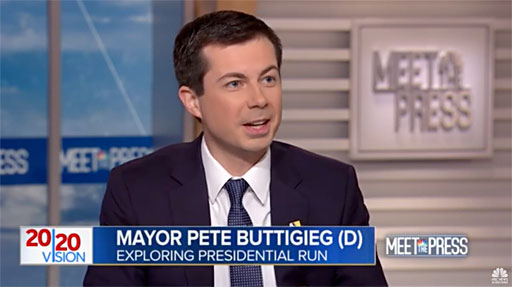 In an exclusive interview with Meet the Press, South Bend Mayor Pete Buttigieg (D-Ind.) talks to Chuck Todd about his 2020 presidential bid and why he believes Democrats are looking for generational change.

A devout Episcopalian, Buttigieg says at one point that the president “acts in a way” that is inconsistent with the scripture he hears in church.

“It’s something that really frustrates me because the hypocrisy is unbelievable,” he said during the interview. “Here you have somebody who not only acts in a way that is not consistent with anything that I hear in scripture or in church, where it’s about lifting up the least among us and taking care of strangers, which is another word for immigrants, and making sure that you’re focusing your effort on the poor.”

“But also personally how you’re supposed to conduct yourself,” he added, saying that much of Christianity calls for “humbling yourself before others.”

I see folks on Twitter getting crunchy about Buttigieg getting an inordinate amount of attention these days, but I disagree.

He’s got folks getting him on talk shows like MTP, The View and GMA, so more power to him.

I don’t hear anyone coming away, after listening to him share his positions, thinking he’s not worthy of the attention.

I think he’s moved beyond the ‘niche’ thing as the ‘gay candidate’ to impressing a lot of people with his commonsense approach to governance. Two terms as an executive leader, and years as a military veteran, make a solid base for this guy. 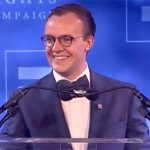 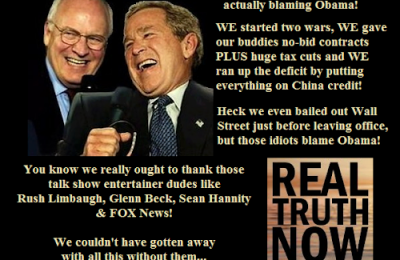 Blaming Obama and remembering what THEY did 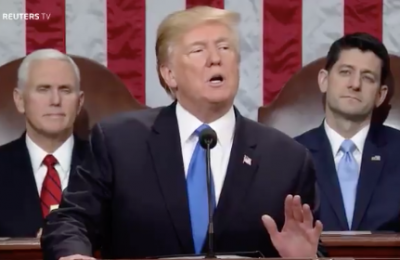 Thoughts On Trump’s 1st State Of The Union Speech 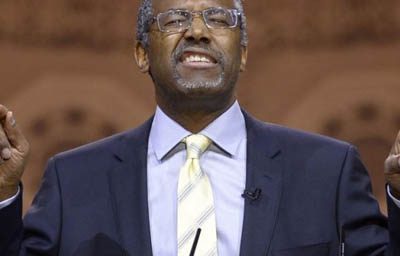 Ben Carson Only Became A “Republican” Less Than A Year Ago