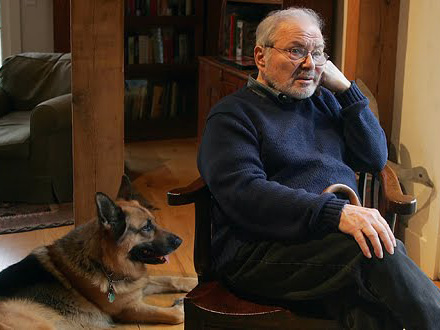 Where The Wild Things Are author Maurice Sendak has died at the age of 85.

Roundly praised, intermittently censored and occasionally eaten, Mr. Sendak’s books were essential ingredients of childhood for the generation born after 1960 or thereabouts, and in turn for their children. He was known in particular for more than a dozen picture books he wrote and illustrated himself, most famously “Where the Wild Things Are,” which was simultaneously genre-breaking and career-making when it was published by Harper & Row in 1963.

In 1964, the American Library Association awarded Mr. Sendak the Caldecott Medal, considered the Pulitzer Prize of children’s book illustration, for “Where the Wild Things Are.”

I have fond memories of Sandak’s fabulous “Where the Wild Things Are.”  I think it was one of the first books I encountered that showed a rebellious side to other kids.  It was kind of empowering to think I could emulate “Max” from the book.

The book told the story of Max, a naughty boy who rages at his mother and is sent to his room without supper. A pocket Odysseus, Max promptly sets sail:

And he sailed off through night and day
and in and out of weeks
and almost over a year
to where the wild things are.
There, Max leads the creatures in a frenzied celebration before sailing home, anger spent, to find his supper waiting.

Was there anything he had never been asked? He paused for a few moments and answered, “Well, that I’m gay.” “I just didn’t think it was anybody’s business,” Mr. Sendak added. He lived with Eugene Glynn, a psychoanalyst, for 50 years before Dr. Glynn’s death in May 2007. He never told his parents: “All I wanted was to be straight so my parents could be happy. They never, never, never knew.”