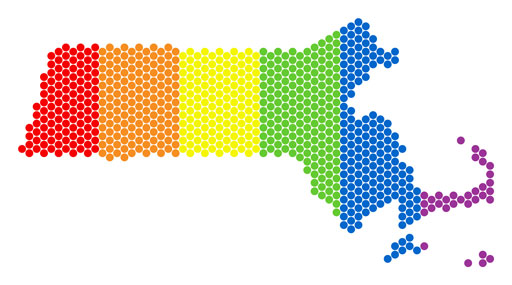 While most of the country’s political attention currently revolves around who will control Congress after the November mid-term elections, LGBTs should be aware that an item on the Massachusetts ballot could have widespread effects on the community.

A law passed in 2016 protects transgender citizens in the state from discrimination in regard to public accommodations, including the use of bathrooms that align with transgender folks’ gender identity.

But conservative, anti-trans groups have managed to put the law up for a vote by the general public after only two years.

Question 3 will ask voters in the Bay state if the law should remain (a ‘yes’ vote) or be repealed (a ‘no’ vote).

The “No on 3” campaign has released a new ad spot that stokes fears about “men in women’s bathrooms” predicting male predators will hide out and lie in wait to attack women and children.

In the spot, a woman enters a locker room as a sinister-looking male predator hides inside a bathroom stall.

“What does the Question 3 mean to you?” asks female voice in the ad. “It means any man who says he is a woman can enter a woman’s locker room, dressing room or bathroom at any time, even convicted sex offenders, and if you see something suspicious and say something to authorities, you could be arrested and fined up $15,000.”

During the voiceover, the woman begins to undress but looks up to see the man emerge from the stall.
The voiceover ends: “Vote No on 3. This bathroom bill puts our privacy and safety at risk. It goes too far.”

It’s worth repeating that there have been zero reports of straight men posing as ‘trans women’ in order to get their rocks off preying on women in bathrooms.

While this may seem like an issue in just one state, Massachusetts has a long history in leading the fight for LGBTQ rights.

Massachusetts was the first state to legalize marriage equality, and the second (after Wisconsin) to prohibit discrimination based on sexual orientation in employment, housing, and public accommodations.

And while many may think Massachusetts is a ‘safe liberal haven’ for civil rights, don’t forget that in ‘liberal’ California, the dreadful Prop. 8 took away same-sex marriage after LGBT folks already had won the right to marry those they love.

That’s a setback we, as a community, can’t allow to happen again.

If Question 3 in Massachusetts were to pass, it would embolden opponents of the community to attack LGBTQ protections anywhere.

Fortunately, there are people fighting for our side and getting the truth out to the public.

Here’s the recent ad from the ‘Yes on 3’ team below. And for more information about how you can help, head over to freedommassachusetts.org.