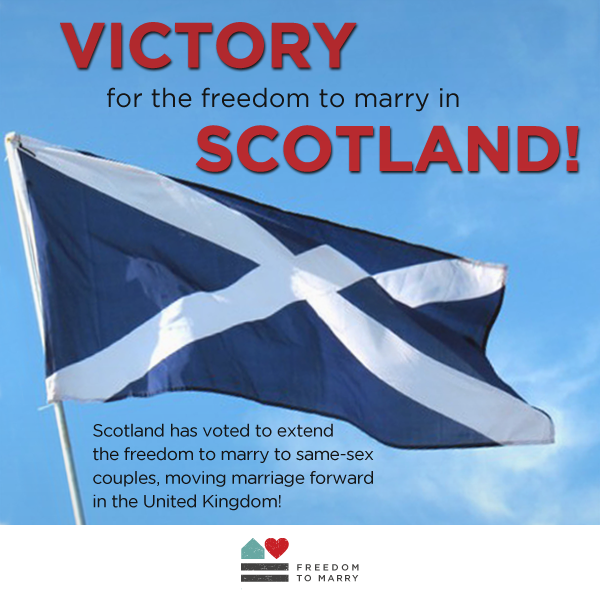 Scotland’s Parliament today voted by 105 to 18 on final approval of the Marriage and Civil Partnership Bill.  The first Scottish gay and lesbian weddings will take place sometime this fall.

The Scottish government said the move was the right thing to do but Scotland’s two main churches were opposed to it.

With the freedom to marry bill clearing its final hurdle in Scotland today, same-sex couples can finally share in the freedom to marry alongside their neighbors in England and Wales. Today’s win comes after a rich and extensive debate, and after an overwhelming victory in its previous parliamentary vote. Freedom to Marry looks forward from afar to seeing the first Scottish marriages performed in autumn; and will continue working along the Roadmap to Victory needed to ensure that the United States joins them on the right side of history.