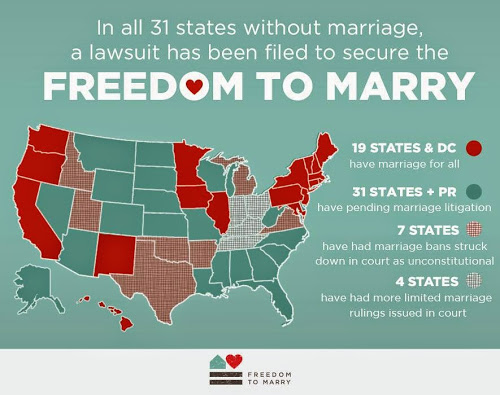 Every state in the US which has a law outlawing marriage equality now has a legal challenge filed in court.

Currently 19 states and the District of Columbia allow same-sex couples to legally wed.