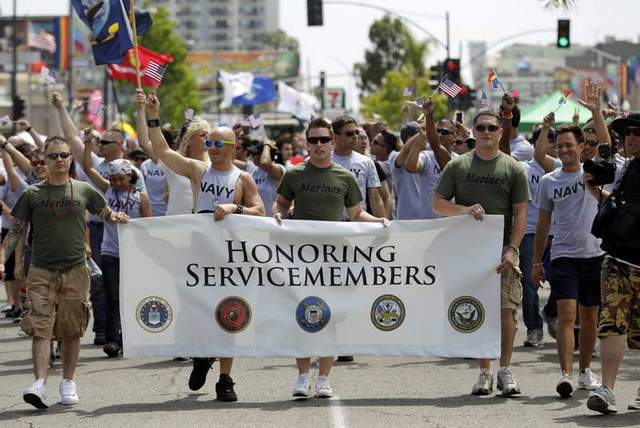 In addition to the Navy, the Marines have authorized LGBT servicemembers to wear their uniforms at San Diego’s Pride Parade this weekend.

As the city gears up for this weekend’s annual San Diego LGBT Pride festivities, Marines and sailors with I (First) Marine Expeditionary Force have received authorization to wear approved uniforms in the 39th annual Pride Parade on Saturday, July 13 at 11 am.

This follows authorization by the Department of Navy, Navy Region Southwest, authorizing active duty Navy servicemembers under its command to wear their uniforms in the parade.

Life after DADT – where our military service members can be proud of all that they are.