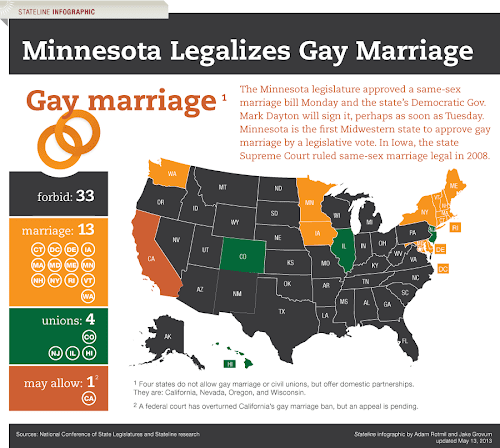 Twelve states plus the District of Columbia now allow same-sex
marriages, including Rhode Island and Delaware, which approved their own
measures this month. Colorado lawmakers this year also approved a civil
union bill.

Iowa, the other Midwestern state to allow same-sex marriage, does so because of a state Supreme Court ruling.

Illinois could soon allow gay marriage as well. The state already
allows civil unions and a measure passed the state Senate in February,
but has stalled in the House. Gov. Pat Quinn, a Democrat, called on
lawmakers last week to approve the measure.