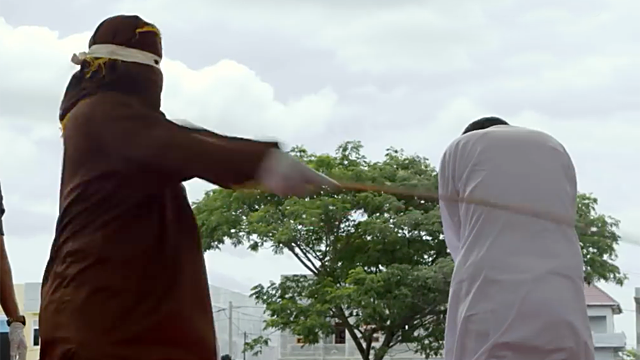 Five Malaysian men in Kuala Lumpur have been sentenced to at least six months in prison and being whipped with a cane for “attempting to have gay sex,” according to Reuters.

The men, along with seven others, were arrested last November during a raid at a private apartment and convicted of “attempting to have intercourse against the order of nature,” which is a crime under Islamic laws.

Five of the remaining seven men will face sentencing later this month.

Calling the sentences “a gross injustice,” LGBTQ activist Numan Afifi – who attended the sentencing hearing today – told news site MalayMail that the sentences were “outrageous” and would “create a culture of fear.”

Two Malaysian women were caned in September 2018 as well for “attempting lesbian sex in a car.” The caning of women is banned under civil law but some Islamic states allow it under shariah law.

At the time, Amnesty International issued a statement saying the canings marked “an appalling day” for human rights in Malaysia.

MalayMail notes that sodomy is a crime under Malaysia’s regular criminal code as well as under Islamic law. However, it is apparently rare for citizens to be found guilty of the crime.

Malaysia provides no legal protections for LGBTQ individuals. Those arrested for same-sex encounters face up to 20 years in prison, as well as fines and whippings.