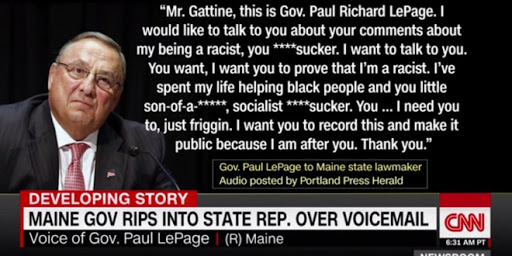 Maine Gov. Paul LePage is getting attention this morning after a recorded phone call he made has come to light.

In the phone call, made to Democratic State Rep. Drew Gattine on Thursday, the bombastic Republican ripped off a series of gay slurs in an angry rant.

It may come as no surprise that LePage is an ardent supporter of Donald Trump.

In an interview today, the governor also said if this were 1825 he would challenge Gattine to a duel and shoot him between the eyes.