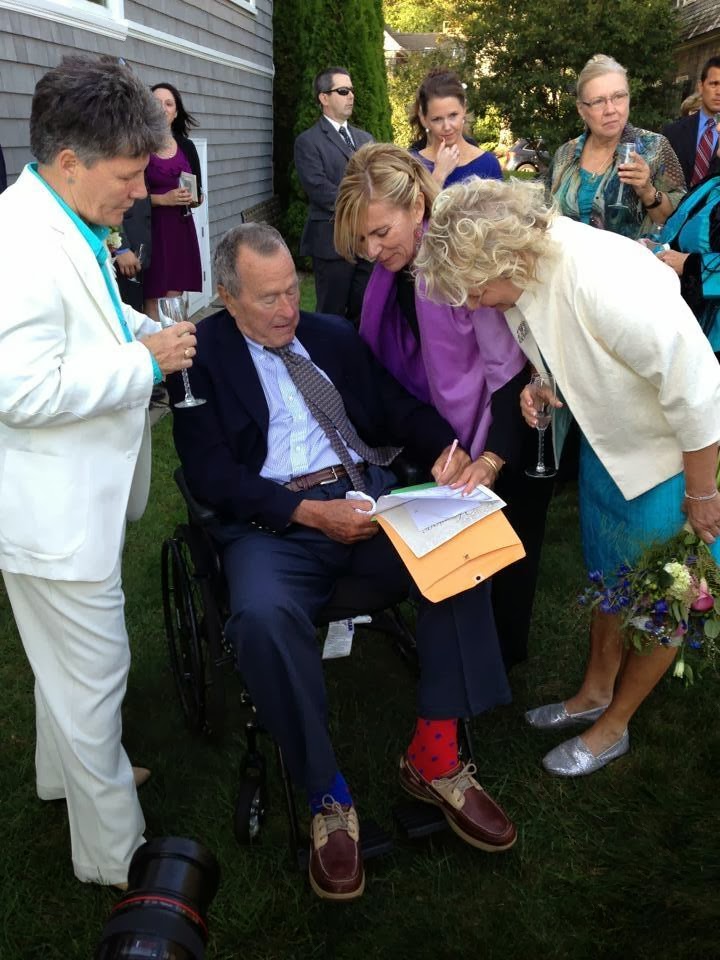 The Washington Post is reporting that former President George HW Bush was an official witness at a same-sex marriage this past weekend:

Another prominent Republican has come out in support of same-sex marriage — or at least, in support of one particular same-sex marriage. Former President George H.W. Bush served as an official witness this past weekend at the Maine wedding of Bonnie Clement and Helen Thorgalsen, co-owners of a Kennebunk general store. Thorgalsen posted a photo of the 41st commander-in-chief signing a set of documents for them at an outdoor celebration: “Getting our marriage license witnessed!”

No big statement from the ex-prez’s office. His rep Jim McGrath confirmed his and wife Barbara’s presence at the wedding: “They were private citizens attending a private ceremony for two friends.”

This is sure to drive the conservative blogosphere insane…