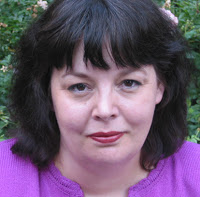 A once high-profile opponent of same-sex couples’ marriage rights took aim Monday at Gov. Chris Christie’s decision to sign legislation into law that would ban therapy aimed at changing the sexual orientation of minors.

Maggie Gallagher, the former head of the National Organization for Marriage, who has kept a low profile over the past year, reappeared on the public scene Monday to attack the New Jersey governor for his bill signing.

“The new law communicates to gays and lesbians seeking to conform their lives to their values that they are second-glass [sic] citizens, without the same right to seek help that other people enjoy. It is a right of self-determination that Gov. Christie has shut down,” Gallagher said in a statement in her role as chairman of the Freedom of Conscience Defense Fund.

New Jersey’s LGBT group, Garden State Equality, defended Christie and the legislation — an unusual position for the group that has been fighting Christie on his opposition to marriage equality.