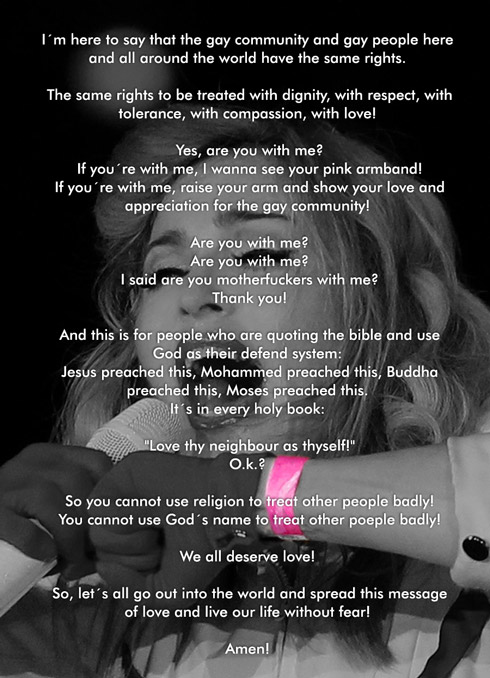 As promised, Madonna made a clear statement about her position on respect for gays at her concert in St. Petesburg, Russia, last night despite threats that doing so might cause her to be arrested.

“Do we live in fear?” Madonna reportedly asked the audience, who of course responded in the negative.

She was not arrested.