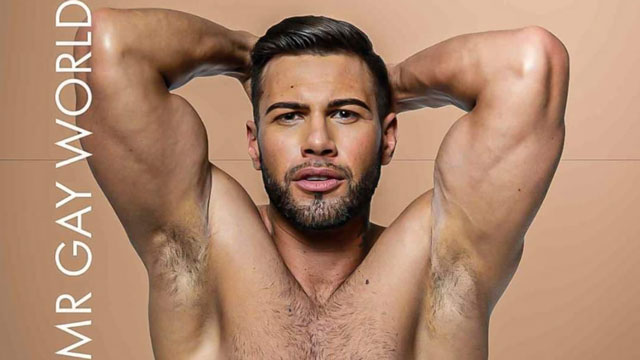 Louw Breytenbach, after overcoming much personal adversity, became the first South African man in a decade to be crowned Mr. Gay World.

In celebrating the news on his Instagram, Breytenbach shared some deeply personal obstacles he’d overcome in his past including 3 suicide attempts and surviving a “life altering car accident.”

“12 years ago I tried to commit suicide a third time,” wrote Breytenbach of his personal story of determination. “2.5 years ago I was in a life-altering car accident which was highly publicized and landed me in a mental health facility.”

Additionally, the entrepreneur and creative personality struggled with weight loss (which was documented in the local newspapers), went through a cancer scare, and a year ago found himself cleaning houses to make ends meet.

But, in acknowledging his win, Breytenbach urged his social media followers to never give up.

“NEVER STOP TRYING,” he reminded followers. “NEVER STOP FIGHTING. NEVER STOP BELIEVING. Your future self depends on you getting through today’s struggle. You are so worthy.”

In an earlier Instagram post, Louw Breytenbach wrote about the shared responsibility “to take up the torch and light the way for the community that comes after us. We need visibility, diversity, and inclusion.”

Continuing, he urged people to “break the silence on Mental Health, transrights, stigmatization of HIV and bullying.”

Hailing from Boksburg in Gauteng, Breytenbach is only the third South African to win the crown since the competition’s inception in 2009.

In 2008, the founders of Mr. Gay World embarked on a mission to create a global competition that would inspire and empower gay men to come together. The goal is to show the world that being gay encompasses a broad spectrum of qualities including inward beauty, physical fitness, confidence and leadership.

The finale of the Mr. Gay World competition, which was held virtually, also honored Joel Carcasona from the Philippines as the first runner-up and Joshuan Aponte from Puerto Rico came in third.

Breytenbach, not surprisingly, also won the category of “Mr. Photogenic.”