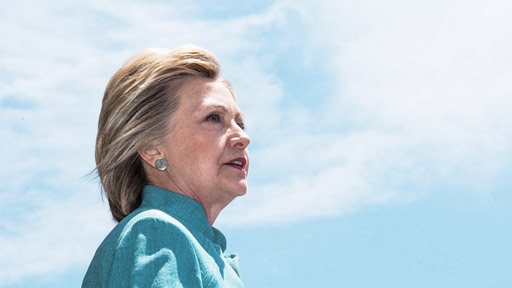 In the op-ed, the paper specifically notes Clinton’s support for infrastructure investments, childhood education and diversity as key to their endorsement.

The editorial board points to Donald Trump’s divisive approach and “combative style” as disqualifying for the office of president.

Mr. Trump has proved himself wholly unsuited to be president. He has spent this campaign denigrating women, Muslims, Mexicans, refugees, disabled people, the parents of a soldier who died in Iraq and essentially anyone who questioned him.

He has suggested that an African-American protester at one of his rallies should be “roughed up,” made gross generalizations suggesting that all black people live in poor, violent neighborhoods, expressed support for racial profiling by police. And he threatened in the last debate to jail his political rival if elected.

Mr. Trump’s go-to move is the insult. His combative style would be disastrous on the world stage, where poorly chosen words can incite violence and cost lives. His affection for Russian dictator Vladimir Putin and use of Russian propaganda to attack Mrs. Clinton are a frightening signal of what his approach to foreign policy would be.

The recording that surfaced Oct. 8 of Mr. Trump bragging about forcing himself on women and grabbing them between the legs is abhorrent. His characterization of the episode as mere “locker room talk” bespoke a pathological inability to acknowledge, and repair, his mistakes.

As for which candidate is better for Louisiana, there is no contest. Mrs. Clinton is committed to investments in infrastructure, including ports, that would benefit our state. She also wants to offer preschool to every 4-year-old, something that fits Louisiana’s goal of expanding and improving the quality of early childhood education.

But for New Orleanians, perhaps the most compelling contrast between Mr. Trump and Mrs. Clinton is his intolerance and her inclusiveness. New Orleans has diversity in its DNA. A president who routinely degrades African-Americans, Hispanics, Muslims and women could not, and would not, represent us.

Our nation is divided. Healing it will require strength, emotional intelligence and respect for all people’s humanity and dignity. We don’t believe Hillary Clinton is everything America needs in a president. But we have no doubt that she is the best choice on the 2016 ballot to move the country forward.

While the list gets longer and longer in regard to newspaper endorsements, I want to underline that I post these op-eds to illustrate how a broad swath of left and right leaning newspapers – sane voices – are publicly stating their support for Clinton.

There is no vast conspiracy rigging an election against Trump. He has put himself out there, and he’s being judged on who he’s revealed himself to be.