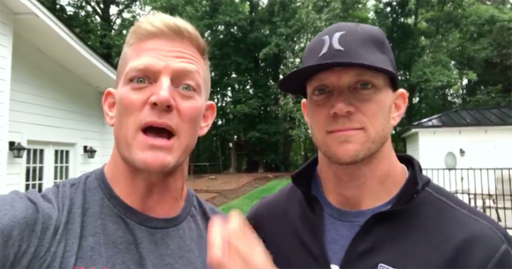 In a video acknowledging the anniversary of 9/11 as well as the destruction of Hurricane Irma, crazy AF anti-LGBT loons David and Jason Benham put the cause of the disasters squarely on, who else?

“As a nation, if you would have told us back then, in 2001, that in 2017 we would be completely redefining what gender means, what marriage means, what sexuality means … I would’ve said, ‘there’s no way that would happen in this country!’”

Watch the crazy below: