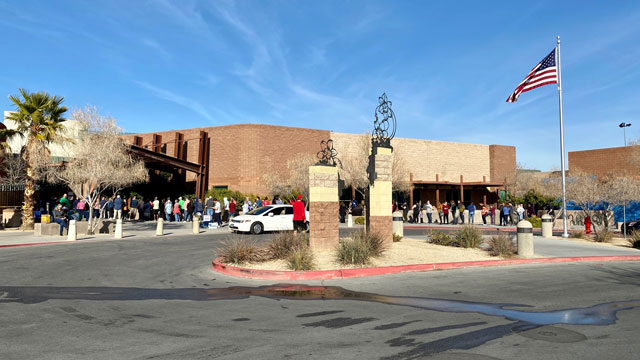 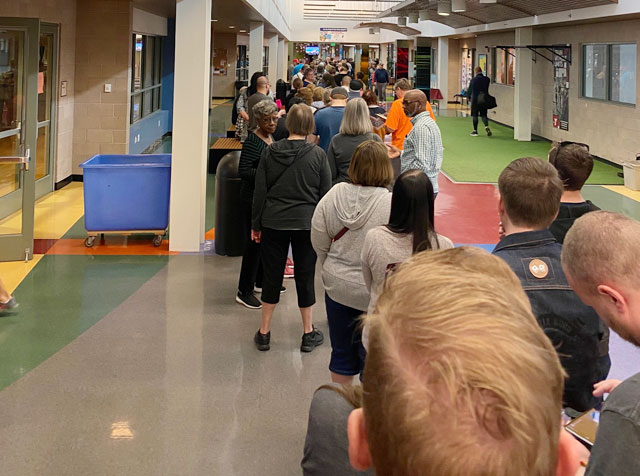 I’ve been a bit slow to post today as I took part in the early caucusing here in Las Vegas.

I thought, since it was an early day, it would be a quick ‘in and out’ kind of thing.

Boy, was I wrong. The line was out the door of my local YMCA where I caucused. It eventually took nearly two hours to cast my vote.

Speaking to a volunteer, the process that had been planned for months was scrapped after the Iowa caucus debacle. So, folks in charge were scrambling a bit to come up with a workable solution.

Adding to that were the longer than anticipated lines. There’s definitely enthusiasm on the ground here in Nevada.

Once I finally got up to the front, I was given my ballot and told I was required to list my top three choices in order, just in case my top choice didn’t get enough votes come caucus day.

You had the option of listing your top five if you felt like it.

As you passed people calmly standing in line, you heard the same thing over and over again: ‘Just as long as HE’s not in the White House after this election.’

Standing in line, I can say the conversations I had with the friendly folks around me tended to lean to Biden and Buttigieg.