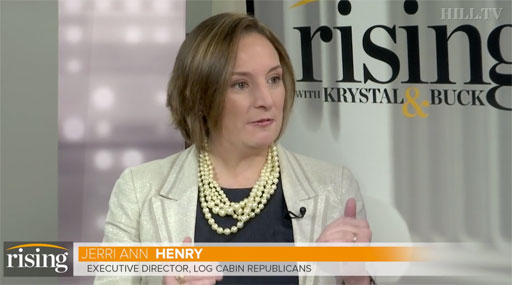 Via Hill TV’s The Rising:

“I think there’s a lot of ups and downs in the last two years with some of the administration’s actions.

“He has been more vocally supportive than any Republican candidate or president, but there have been a few things that I haven’t loved that the administration has done, and some things that I think we can do some work on. I want to make sure that we have the opportunity to improve on those things, not just fight over them.”

She added, “Some of the issues where we can make major improvements are just the nuances.

“You know, marriage has only been legal for a short time, and we’ve seen a few hiccups here and there how that’s been rolled out with the military, with the State Department, visas, and how they handle married LGBT partners and non-married LGBT partners for diplomats. That’s something we need a lot of work on.”