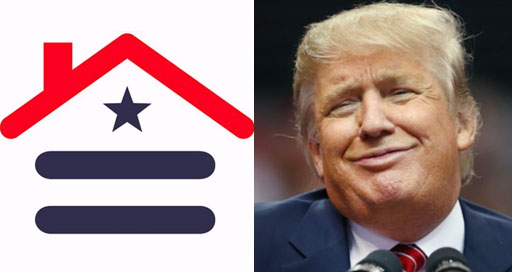 Despite the Trump administration’s numerous attacks on the LGBTQ community, the Log Cabin Republicans, a gay conservative political group, has endorsed the Donald for reelection.

The only other grounds for their support they can note to are promises to end the HIV epidemic and promote LGBTQ rights abroad as reasons to support the man who kicked HIV+ and transgender soldiers out of the U.S. military.

But the op-ed penned by the group for the Washington Post eventually gets to the real reason for endorsing – and yes, it has to do with money:

It is not merely policies specific to LGBTQ people that have been good for our community.

What benefits all Americans benefits the LGBTQ community, as we cross every racial, socioeconomic, religious and cultural divide.

The group did not endorse the Trumpster in 2016.