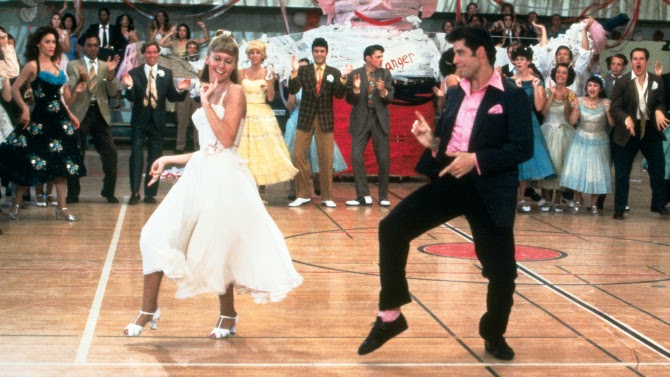 Following in the footsteps of NBC’s Sound of Music Live, Fox announced Monday that it is staging a three-hour production of the iconic musical to air in 2015.

Fox has added a three-hour live production of “Grease” to its 2015 calendar, Fox Chairman of Entertainment Kevin Reilly announced today.

Paramount released the 1978 feature rendition of “Grease,” which starred John Travolta and Olivia Newton-John, and still controls the TV rights. The studio last year relaunched its TV production operation and has said that mining the library for remakes is a key priority.

Here’s the press release from FOX:

Get ready to do the hand jive as FOX enrolls at Rydell High with GREASE LIVE (working title), a LIVE three-hour production of the massively popular crossover musical “Grease,” it was announced today by Kevin Reilly, Chairman of Entertainment, Fox Broadcasting Company (FOX); and Paramount Television. Scheduled to air LIVE during 2015 and featuring a young ensemble cast, GREASE LIVE (wt) will reintroduce the great music and timeless story to an entirely new generation.

Based on the 1971 Broadway musical of the same name with book, lyrics and music by the legendary team of Warren Casey and Jim Jacobs, the 1978 hit film “Grease,” starring John Travolta and Olivia Newton-John, grossed nearly $400 million worldwide, making it the highest-grossing movie musical ever.

“From Broadway to film, and across generations, ‘Grease’ is one of the most beloved musical stories ever told – and we can’t wait to bring it to our air in a spectacular live event,” said Shana C. Waterman, Senior Vice President of Event Series for FOX. “Its iconic characters and addictive songs make it the perfect fit for FOX, and we’re going to give it the kind of star power and production quality to make every Sandy, Danny, Rizzo and Kenickie out there want to get up and sing along.”

“It’s incredibly exciting to have one of our first major network productions be based on this universally celebrated Paramount title, and we’re thrilled to be partnering with Kevin, Joe and Shana on this epic television event,” said Amy Powell, President, Paramount TV. “FOX’s passion for engaging audiences with bold storytelling and live musical formats make it a perfect home for this special broadcast.”

GREASE LIVE will electrify television audiences everywhere with live performances of the unforgettable Casey/Jacobs songs “Summer Nights,” “Greased Lightnin’” and “We Go Together”; as well as the iconic songs written by John Farrar, “Hopelessly Devoted to You” and ”You’re the One That I Want.” The broadcast will reimagine some of the story’s most memorable moments and characters from the T-Birds and Pink Ladies, including DANNY ZUKO, RIZZO and SANDY.