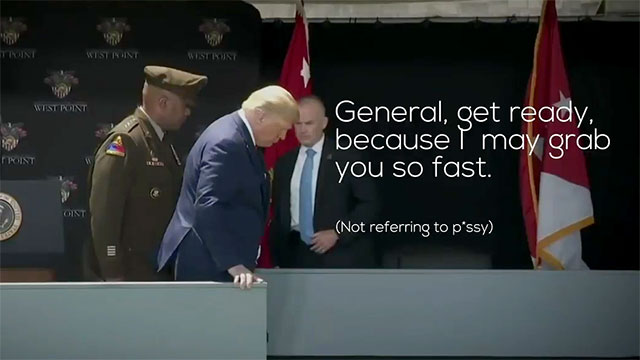 In case you missed it, after speaking at this year’s West Point Academy commencement ceremony, Trump slowly exited the stage via a ramp he called “very slippery” (no rain that day) and very steep.

The Lincoln Project, a group of anti-Trump conservatives (including White House counselor Kellyanne Conway’s husband, George Conway), released their latest ad with their take on Trump’s protracted maneuvers on the now-infamous ramp.