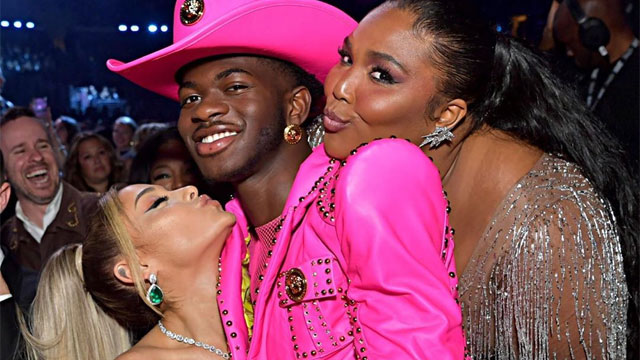 It was a great night for LGBTQ artists and allies at the 62nd Grammy Awards Sunday night.

Several out artists picked up awards including:

Brandi Carlile, who came out in 2002, took home a Grammy as one of the songwriters of Tanya Tucker’s “Bring My Flowers Now” in the Best Country Song category. She also appeared in the broadcast performing the song with Tucker.

DJ Tracy Young made history as the first woman and the first lesbian to win for Best Remixed Recording for her remix of Madonna’s “I Rise.”

LGBTQ allies also had major moments throughout the night.

Billie Eilish won in four big categories – Best New Artist, Album of the Year, Record of the Year and Song of the Year.

And there were performances that stole the show.

Out singer Demi Lovato had one of the night’s most talked-about moments as she delivered a powerful performance of her song “Anyone.” The song immediately went to #1 on iTunes after the performance.

Pop diva and ally Ariana Grande, who didn’t go home with a Grammy, was a knockout performing a three-song medley of “Imagine,” “7 Rings,” and “Thank U, Next.”

WATCH: @ArianaGrande gives you a taste of her Grammy nominated album, Thank U, Next! #Grammys pic.twitter.com/MHkFIriQlD

Special shout-out to Darrion Gallegos, the male dancer in her corp who lived his best life dancing it out in heels and short shorts along with the other dancers.

Back in December, as Grande’s tour came to an end, he thanked the powers that be for letting him “gender-bend the fak out of this” and contribute his part for the LGBTQIA+ community.

Last Show…. Thank you from every bit of my heart @arianagrande @brilovelife @iamskot . You helped me see so much more within myself and become the man I needed when I was younger. Also thank you for allowing me to gender bend the fak out of this world nd contribute my part for the LQBTQIA+ community. You allowed me to be apart of something so huge and for that I am forever thankful. And to the incredible @sweetenerkiids, I love you beyond. You made this year so beautiful. #sweetenerworldtour @alfredoflores you beautiful heart and eyes caught some remarkable moments ✨

And of course, it wouldn’t be an awards show without a red carpet and Billy Porter delivering the goods:

Get on my nerves, and the curtain closes! 😂 Living for my lewk styled by @sammyratelle with a custom design by @scottstudenberg of @bajaeast and featuring a custom hat by @sokolmillinery & mechanically engineered by @SM00TH_TECH. pic.twitter.com/GsCY09aNzc