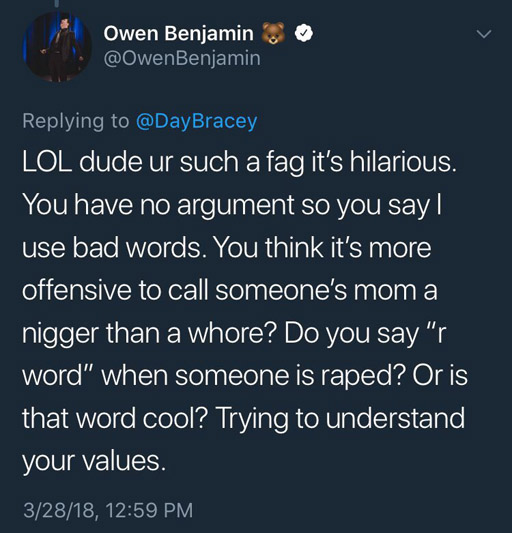 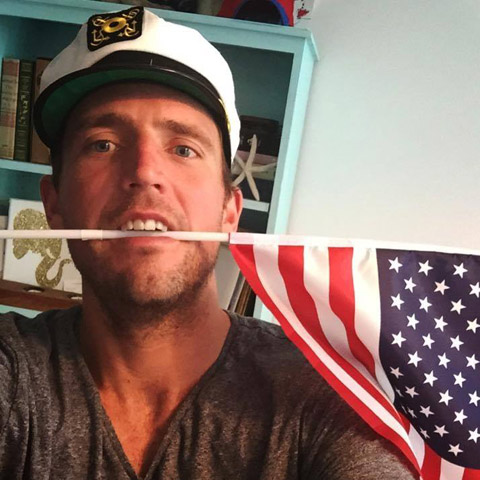 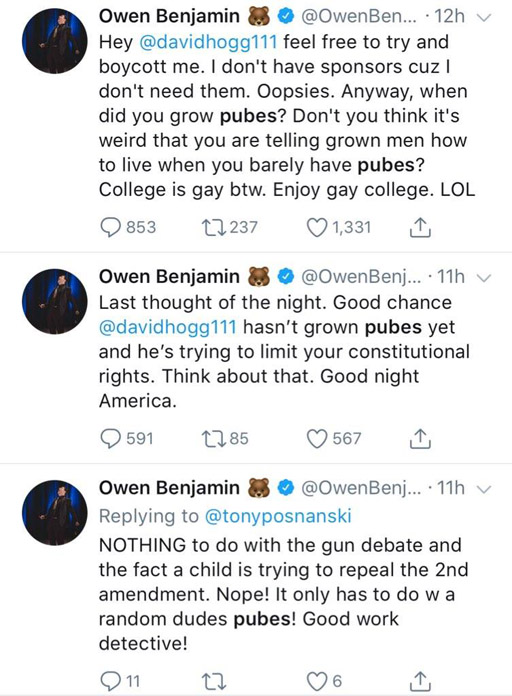 Just a fact check here – David Hogg has pointedly said he has no intention of calling for the repeal of the 2nd Amendment.

I have to say, if your ability make an income is dependent on being on Twitter, maybe you should consider that before acting like a fool.

It’s hysterical that Benjamin’s “big man” tweet attacking Hogg said he didn’t have sponsors because he didn’t need them and then whines saying he can’t make a living without his Twitter.

Actually, he does have “sponsors” via his Patreon page where it looks like he’s making over $7,000 a month. #WTF?

So I’m not crying any crocodile tears for OB. Act like a fool, get treated like a fool.

By the way, Benjamin considers himself a comedian. I thought comedians were funny…?

The best thing about the whole episode is David Hogg never even acknowledged Benjamin’s existence. #FTW

Just so you get a better sense of how “funny” Mr. Benjamin is: 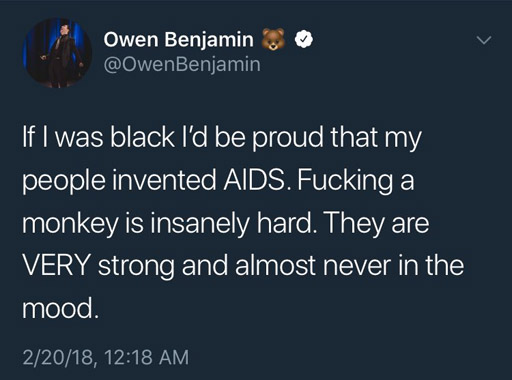 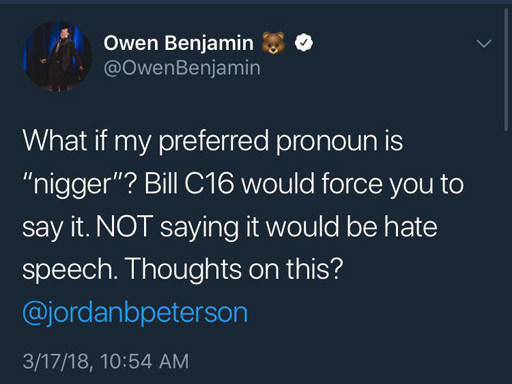