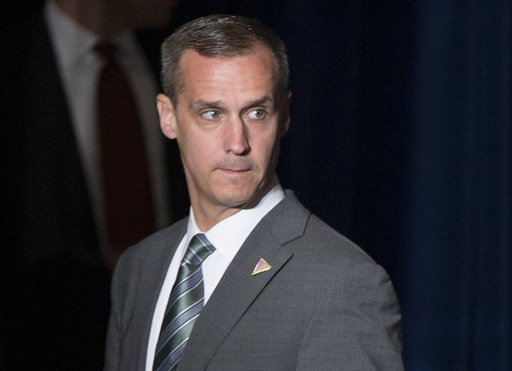 Corey Lewandowski, Donald Trump’s first campaign manager for the 2016 presidential campaign, publicly announced Tuesday that if Roger Stone, Paul Manafort, or anyone connected to the campaign colluded to influence the 2016 election, he hopes they “go to jail for the rest of their lives.”

From the Washington Examiner:

Lewandowski was responding to reports that Manafort, who became campaign manager after Lewandowski was fired, was wiretapped as part of a federal investigation into Manafort’s dealing with Ukraine. Reports say the surveillance, obtained through a secret Foreign Intelligence Surveillance Act warrant, was in effect at a time when Manafort was in communication with President Trump.

“I think if anybody, and I’ve said this, if Paul Manafort, Roger Stone, or Rick Gates or Carter Page, or anybody else attempted to influence the outcome of the U.S. election through any means that’s inappropriate — through collusion, coordination, or cooperation — I hope they go to jail for the rest of their lives. It’s very simple. Our election process is too serious, our democracy is too important to allow people to try and try and have influence from the outside for their own gain,” Lewandowski said during an event at George Washington University.

Lewandowski went on to defend Donald Trump saying he was by Trump’s side for 18 hours a day for the first 18 months of the campaign and he never heard Trump mention “anything to do with Russia.”